High Society: Hillary and Tenzing After the First Ascent of Everest

It’s been more than 60 years since Edmund Hillary (later Sir Edmund, of course) and Tenzing Norgay became the first climbers to summit Mount Everest, and all these decades later their feat still resonates as one of the 20th century’s signature moments. Here, LIFE.com looks back at that remarkable time with some rare photos from the celebrations after the climb, as well as page spreads from the cover story that ran in LIFE a few months later chronicling the accomplishment and the bitter controversy that swirled around the entire event.

As LIFE noted in its July 13, 1953, issue, the historic ascent was hardly greeted with unalloyed goodwill and enthusiasm from all corners of the globe. In fact, international politics and racial pride were quickly thrust into the conversation about Hillary’s and Tenzing’s astonishing feat.

“Everest’s Conqueror’s Come Back,” LIFE roared in one headline in that special issue, then immediately blunted the celebratory tone with a caveat: “They bring thrilling stories of a great deed, but little men besmirch their riotous welcome.”

Thus in a sad foreshadowing of the often contentious debate that had dogged so many attempts on Everest throughout the years (Is it worth the risk of life and limb? What does the local community get out of it?) the very first successful climb to the top of the world’s highest peak sparked some often quite ugly jockeying for credit and supremacy. Jockeying, it should be noted, that both Hillary and Tenzing, who were fast friends, readily denounced.

(Also, while LIFE makes more than one mention of “British climbers” in its reporting, Edmund Hillary was in fact a proud, born-and-raised New Zealander. He died in 2008, at the age of 88, in Auckland. Tenzing died two years before Hillary, at age 71, in India.)

“The climbers who conquered Everest,” LIFE wrote, “came down to a world eager to see them, honor them and hear their full story. . . . They came down to such a welcome such surging excitement and hero worship as had never before stirred the steamy lowlands of Nepal.”

The first official welcomers met the mountaineers outside of Banepa [the article continues], 20 miles from Nepal’s capital Katmandu. In the lead was British embassy party, bearing beer and sandwiches; then came the Nepalese to garland the heroes with flowers and sprinkle them with kumkum, a vermilion powder of rejoicing. Devil dancers met that at Bhadgaon, still 15 miles out. The wife of Sir John Hunt, the expedition’s leader, came out to meet him. Tenzing’s wife and their two teenage daughters flew from Darjeeling, India. . . .

To the distress and the half-resentful bewilderment of Colonel Hunt and his British climbers, however, these first wild welcomings carried a clear implication that, in Asia, the real hero of Everest was Tenzing alone. The conquest of Everest, a product of selfless teamwork between Asian and European, was being twisted into an ugly tool of Asian nationalism, inflamed further by the normal British habit of treating the hired Tenzing like a hired man. . . .

Today, as men and women continue to test their own mettle on the peaks of the Himalayas and on the heights of other, equally lethal mountain ranges around the globe, the pictures in this gallery are a reminder that for some people, the risks have always, unquestionably, been worth the rewards. 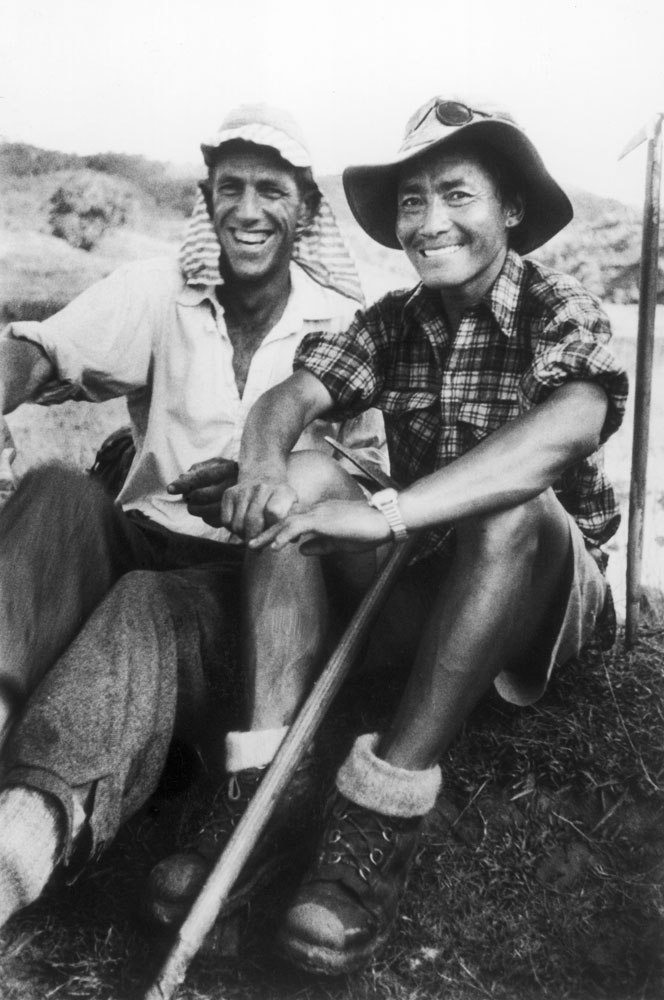 Edmund Hillary and Tenzing Norgay after their ascent, 1953. 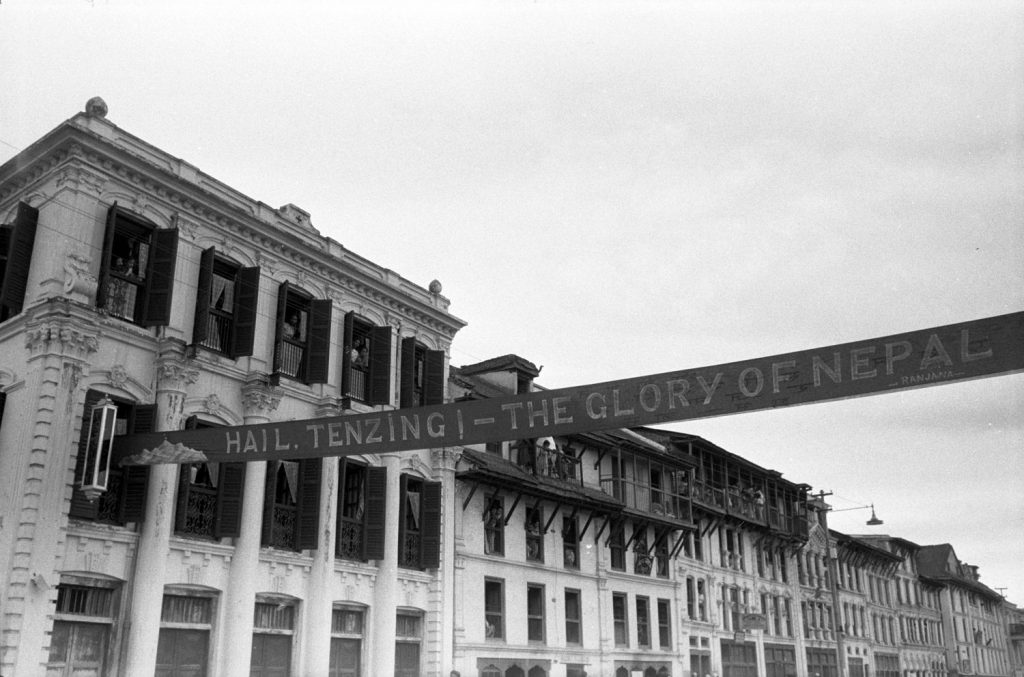 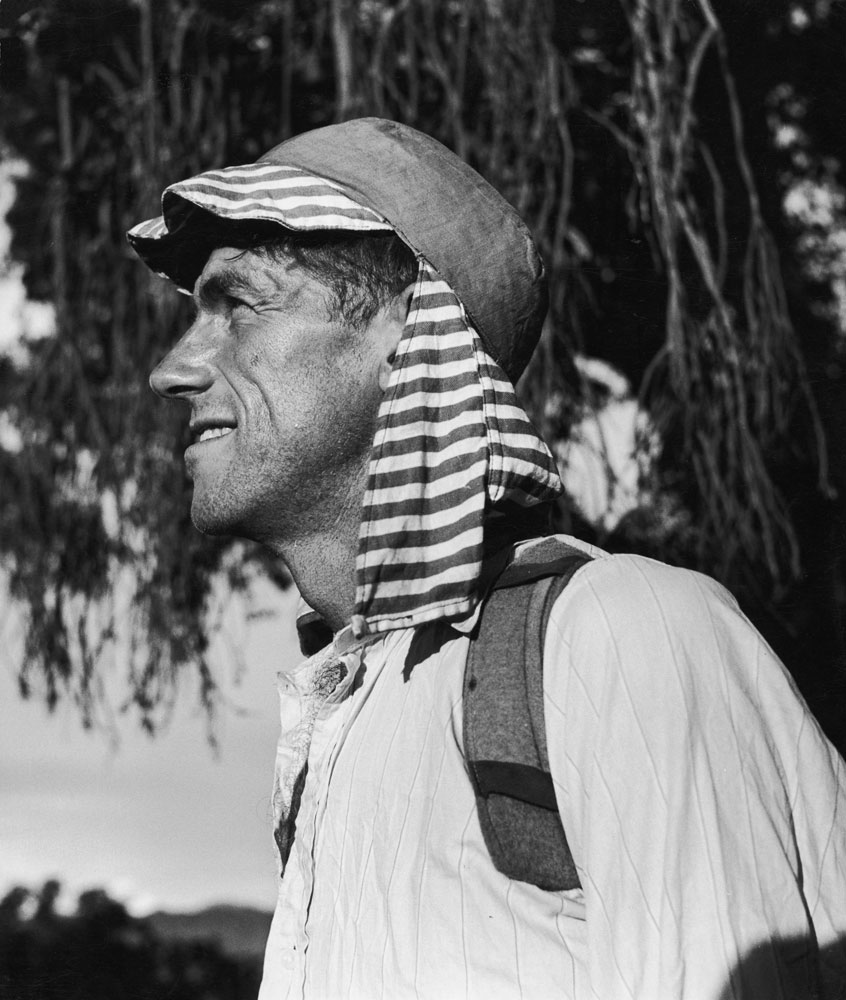 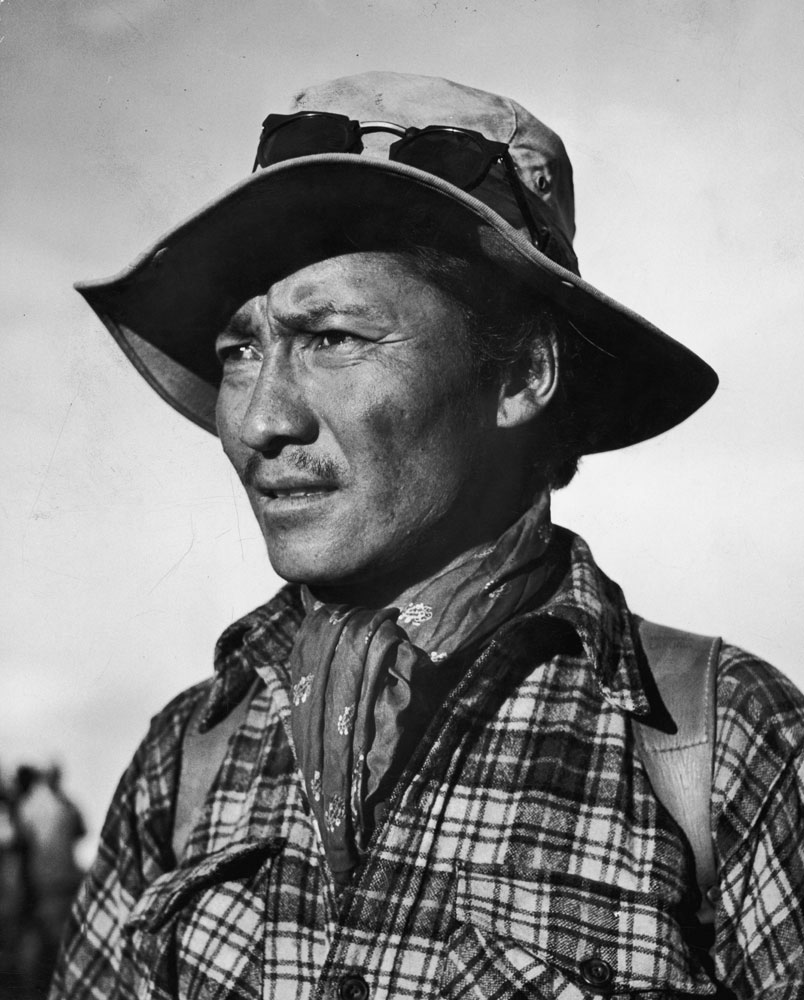 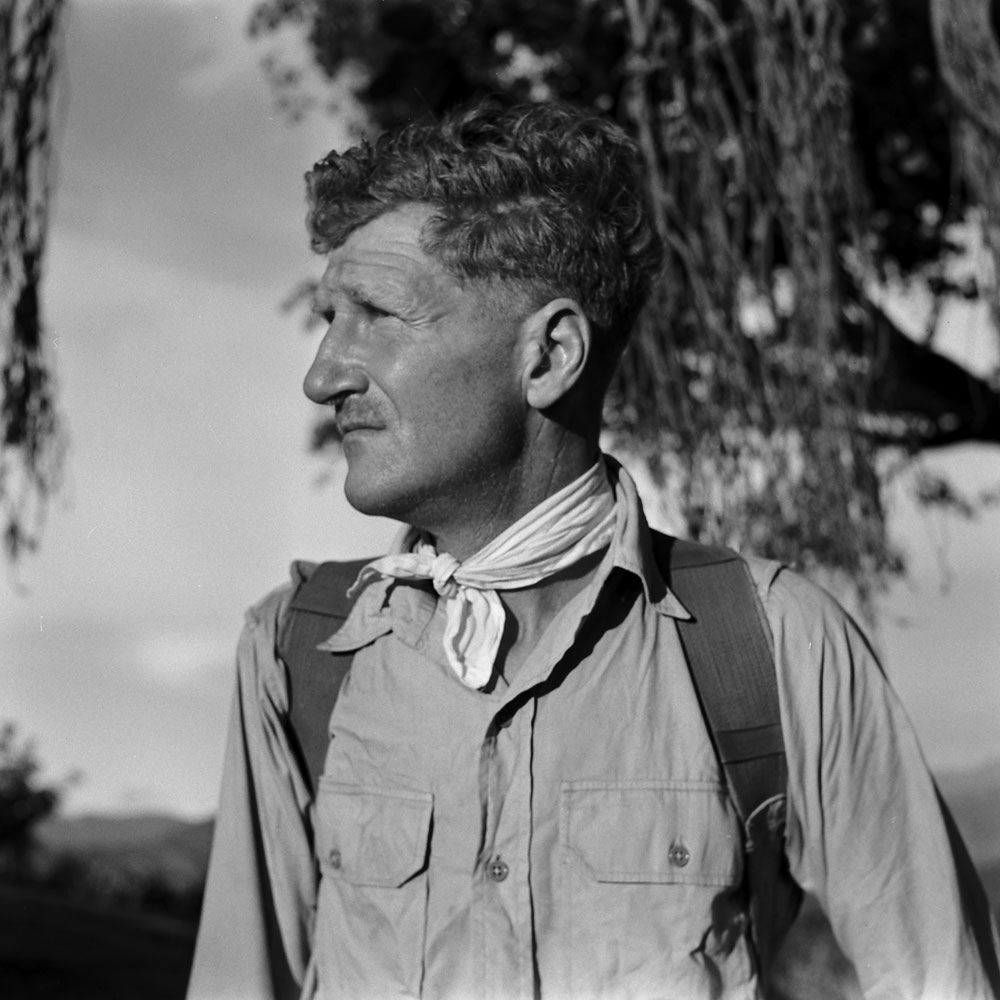 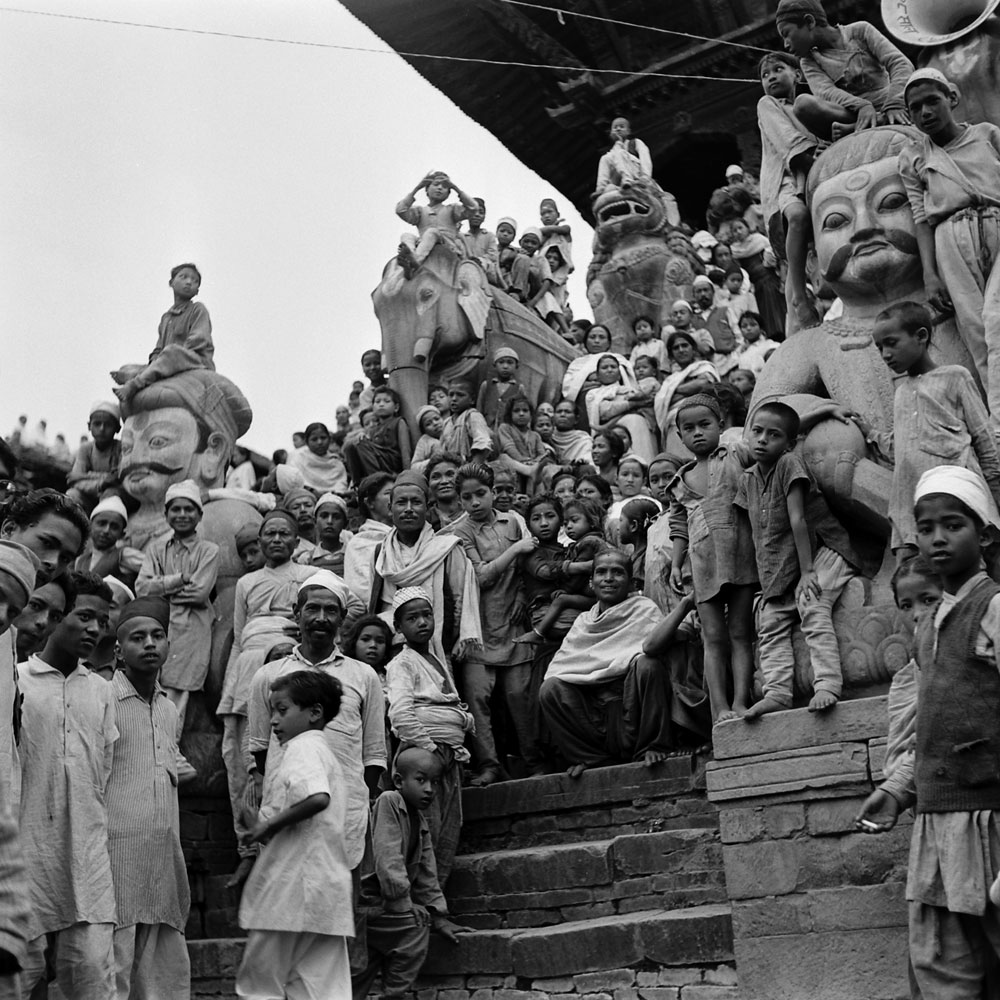 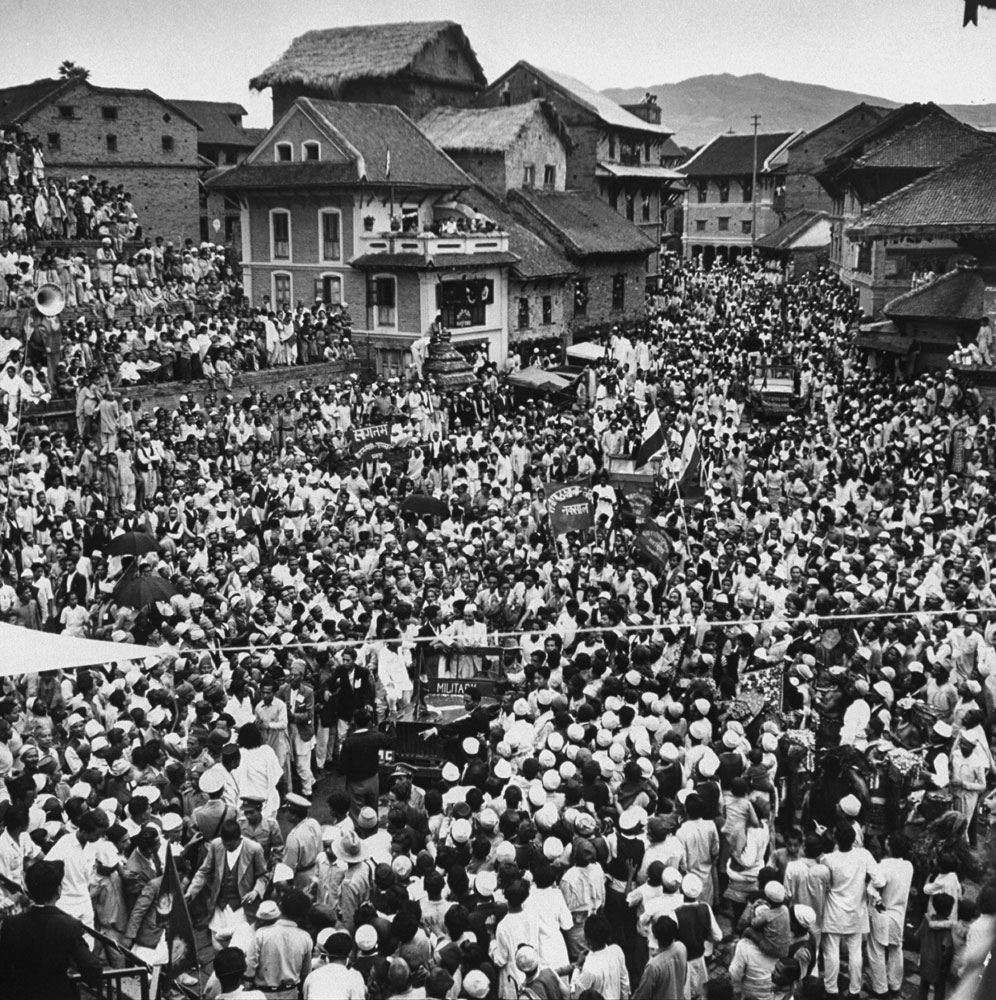 Heroes rode into a welcoming throng in Temple Square of Bhandgaon in India. Tenzing stood in the leading jeep, while Hunt and Hillary sat in the second. 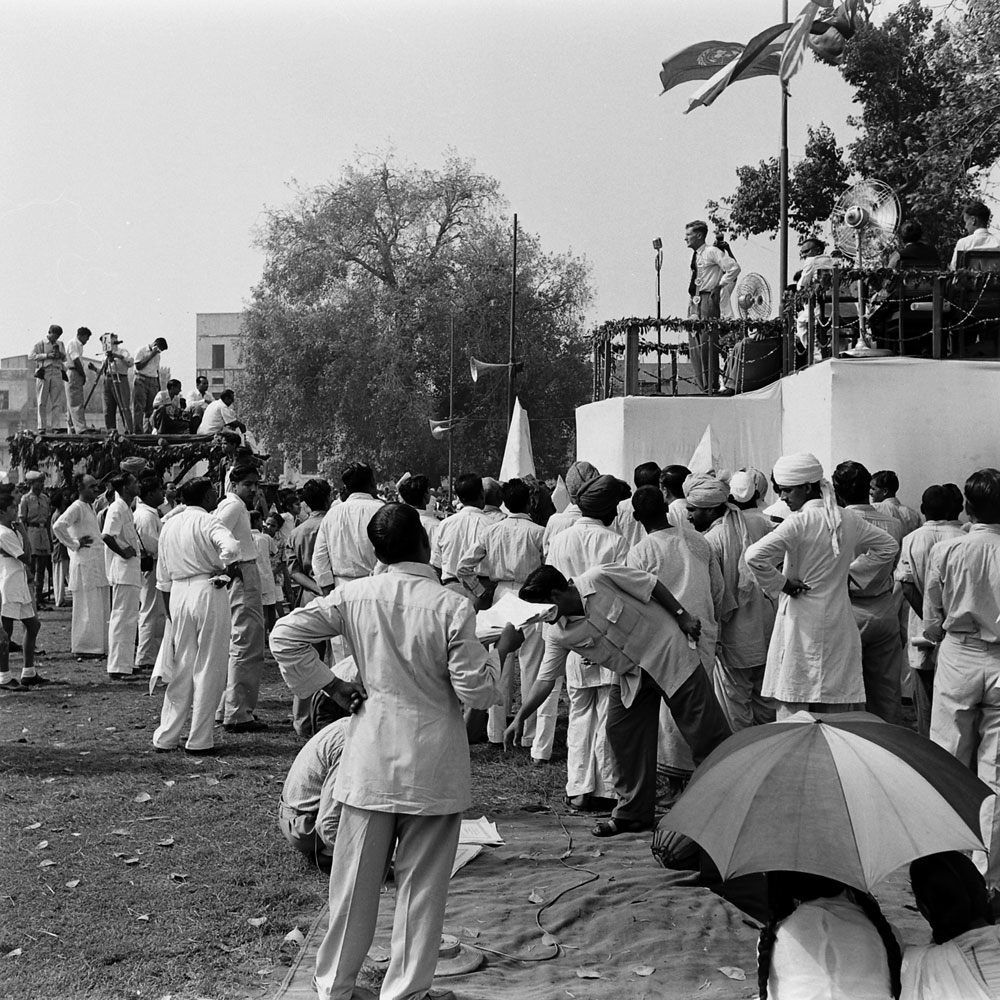 A celebration for Edmund Hillary and Tenzing Norgay, Nepal, 1953. 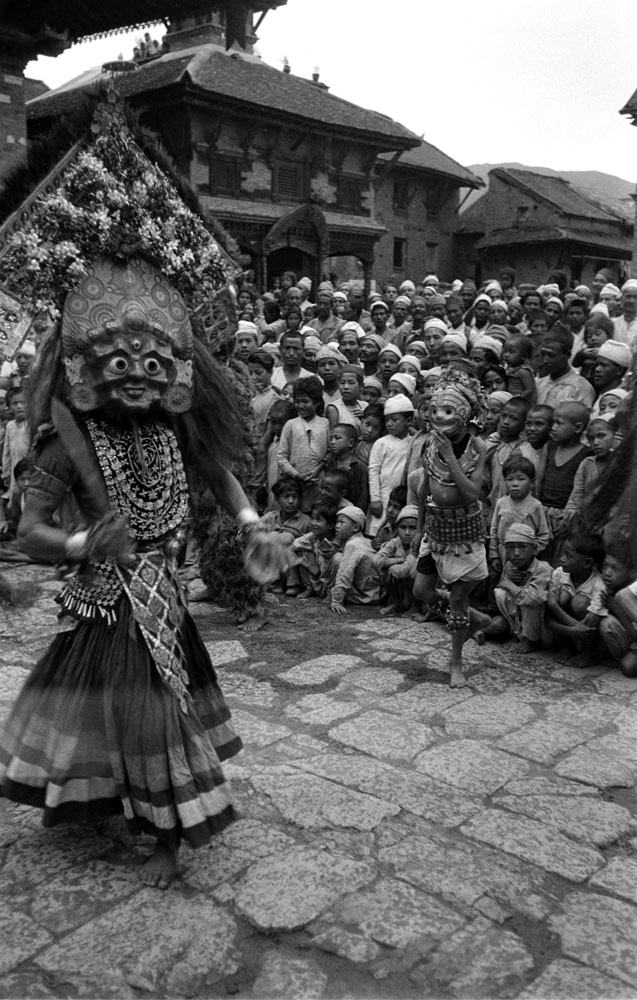 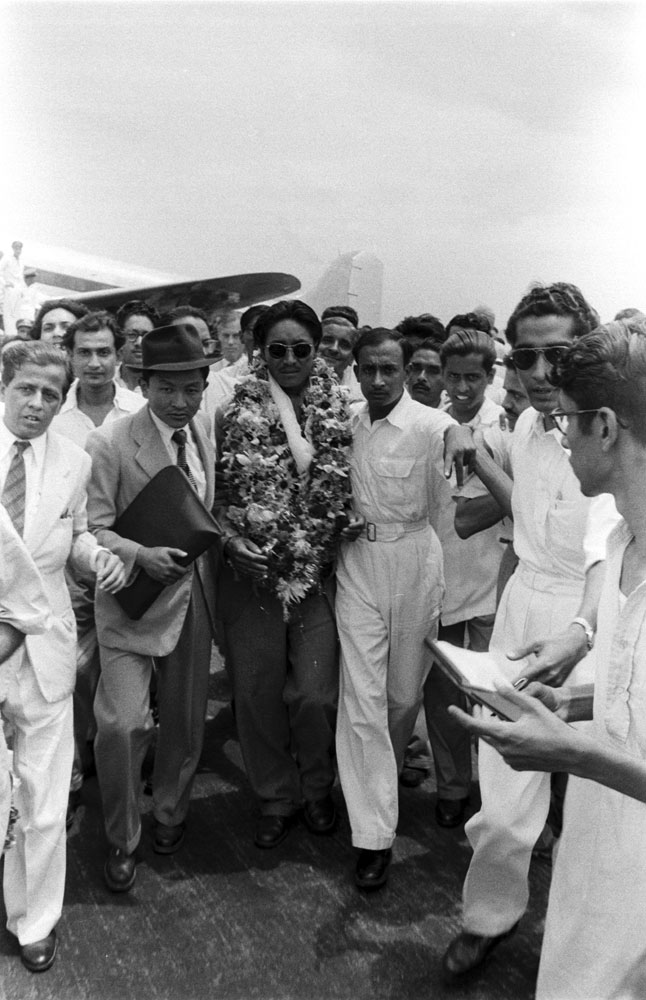 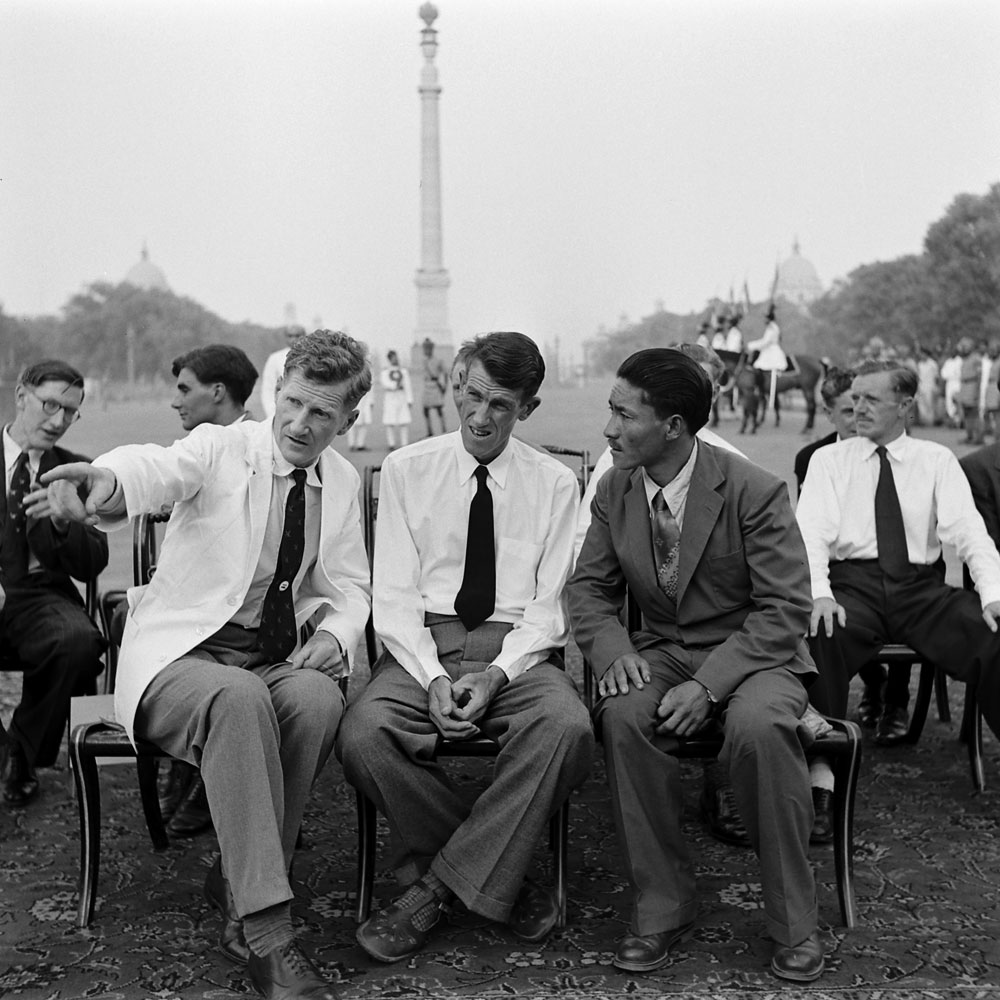 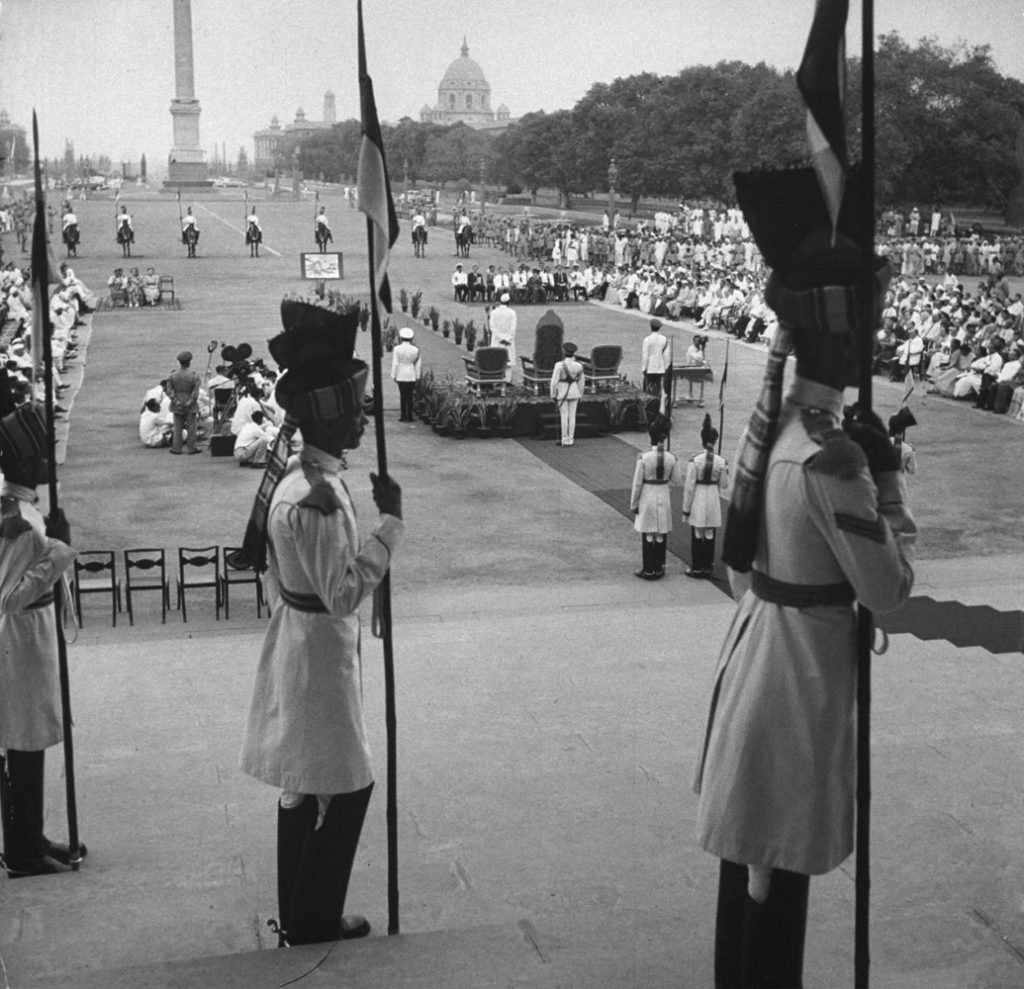 The reception for the 1953 Everest expedition, Nepal. 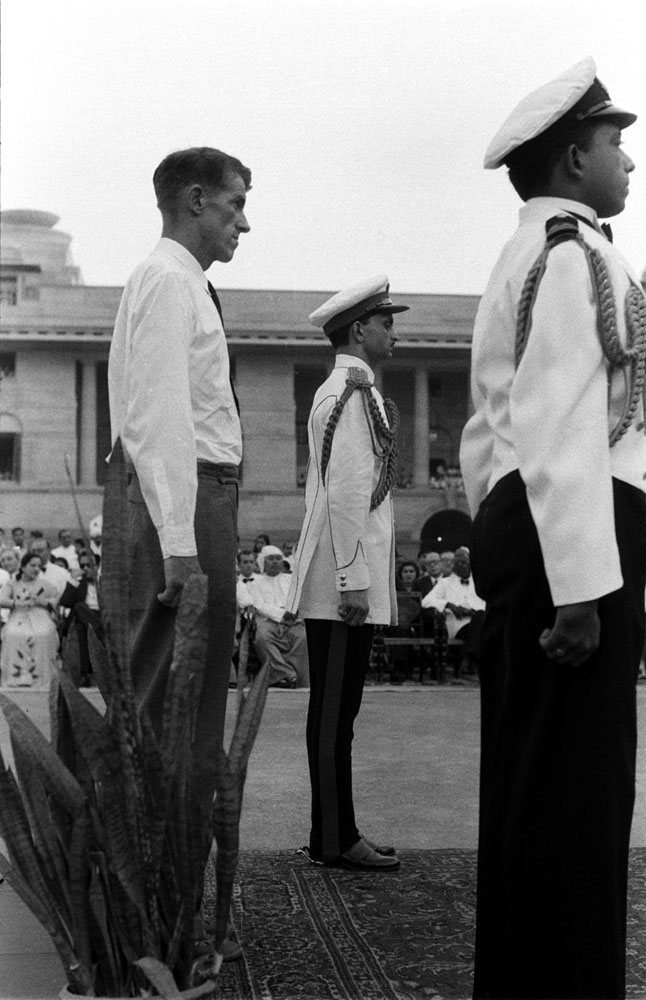 Edmund Hillary at a reception for the 1953 Everest expedition, India. 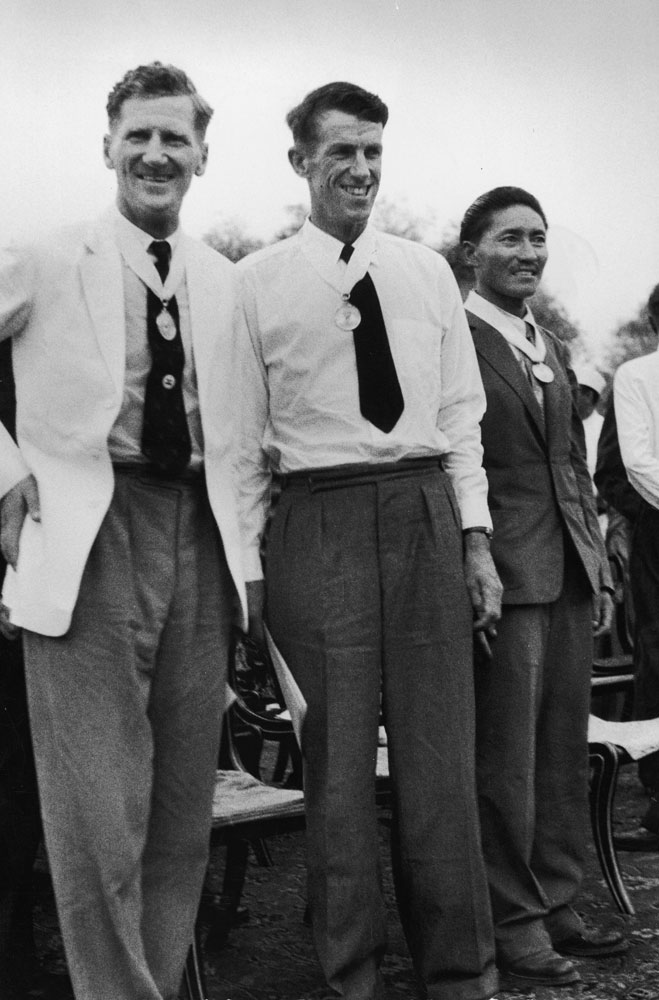 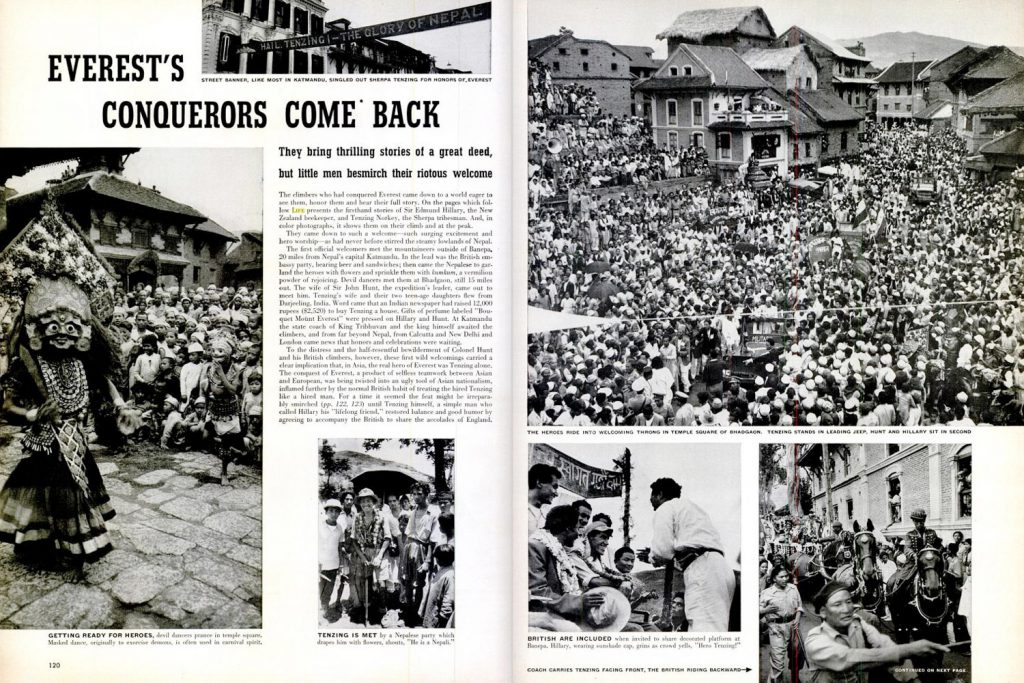 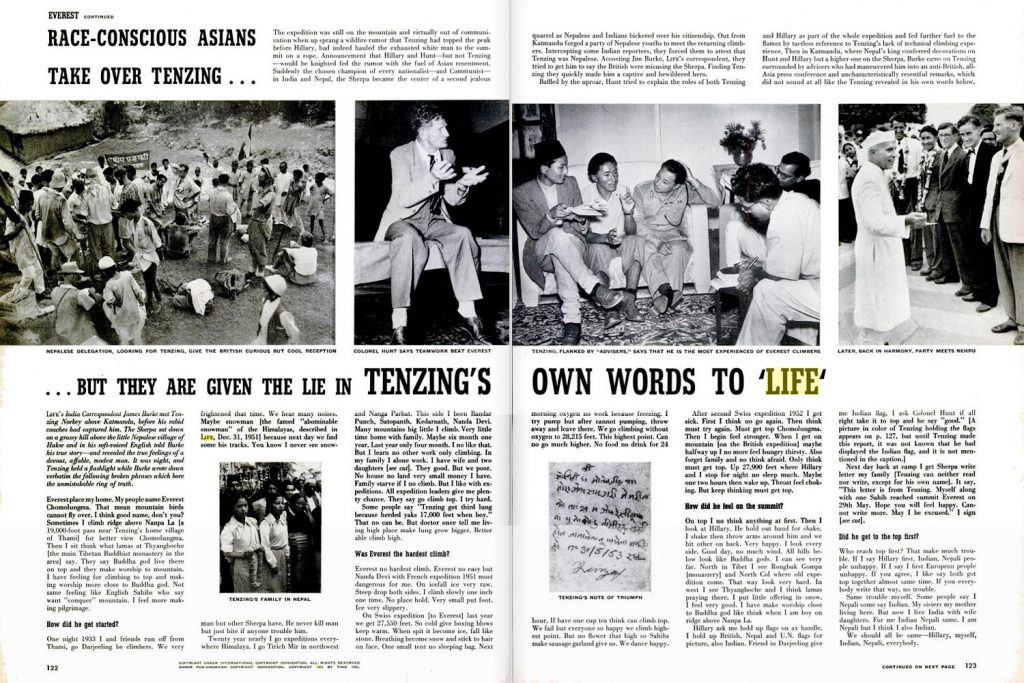 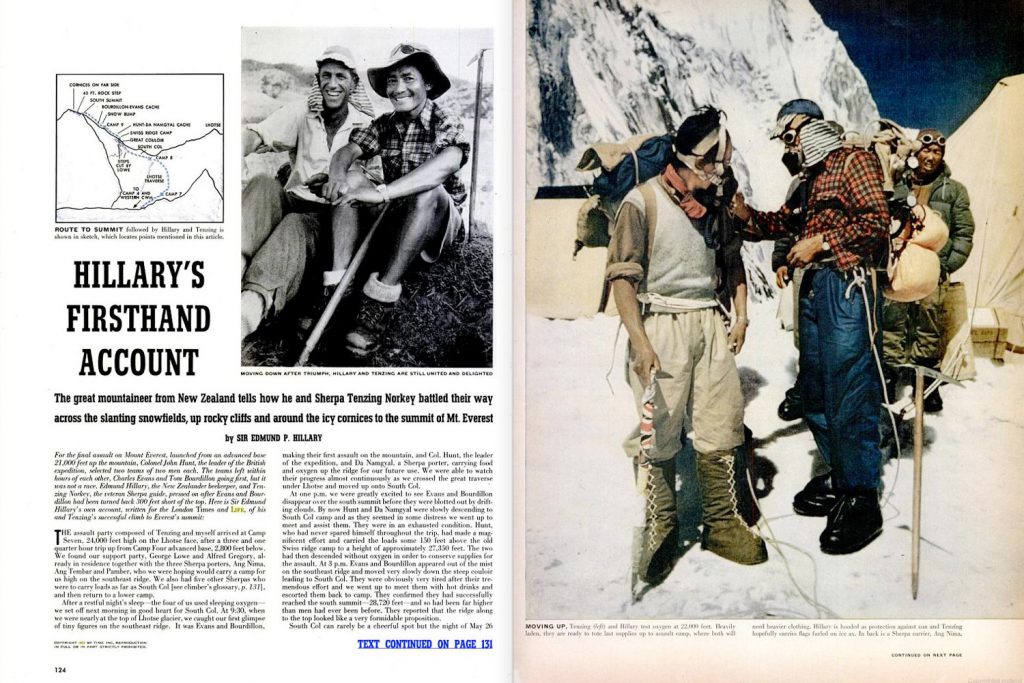 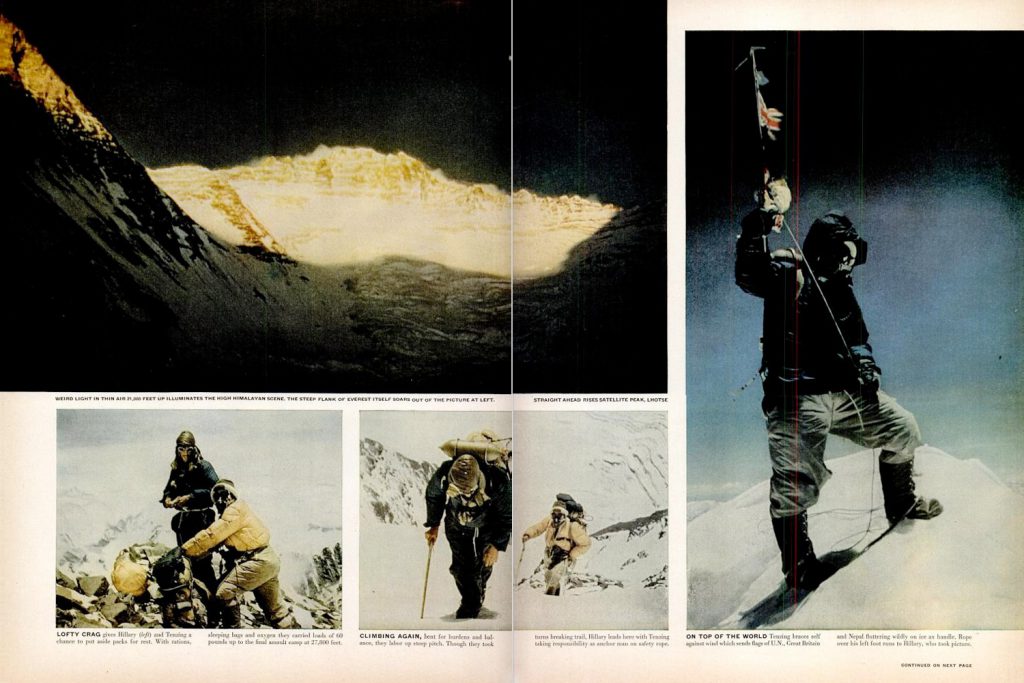 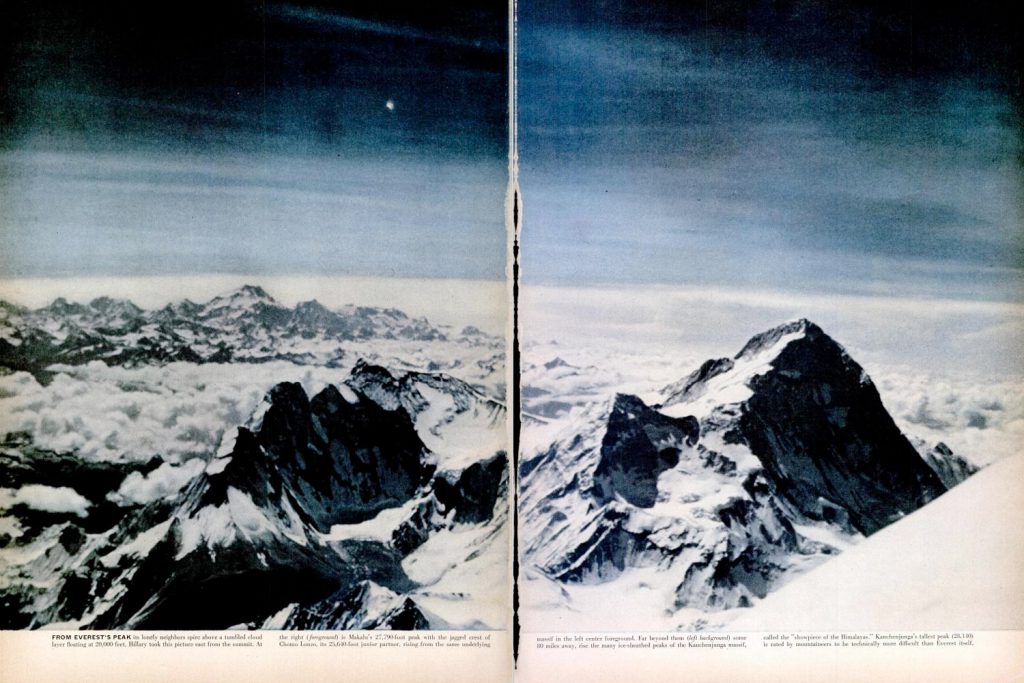 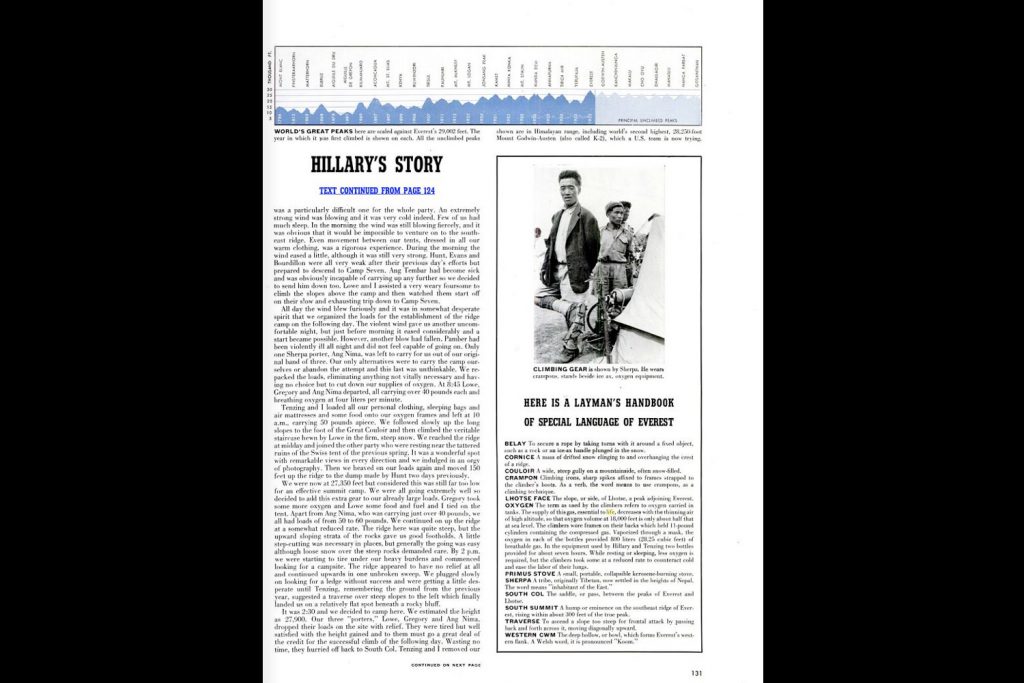 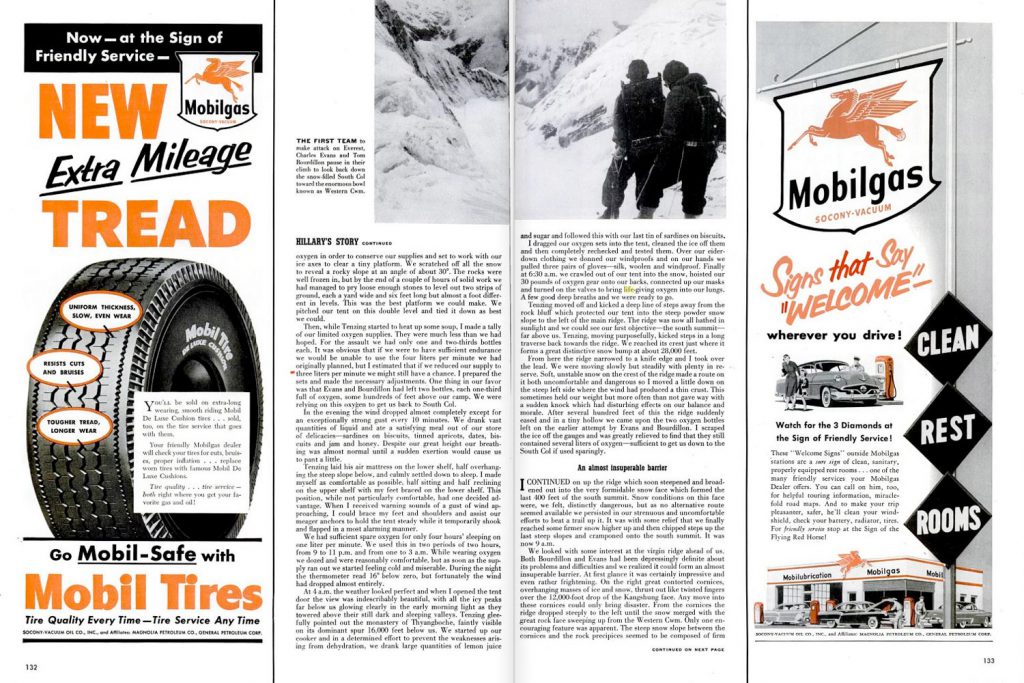 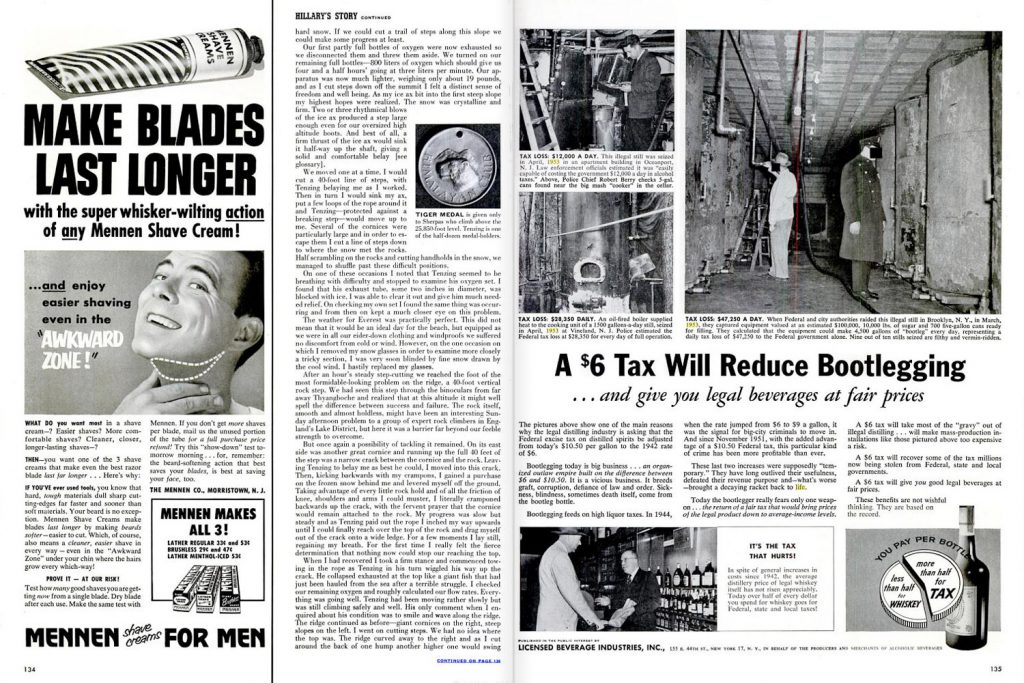 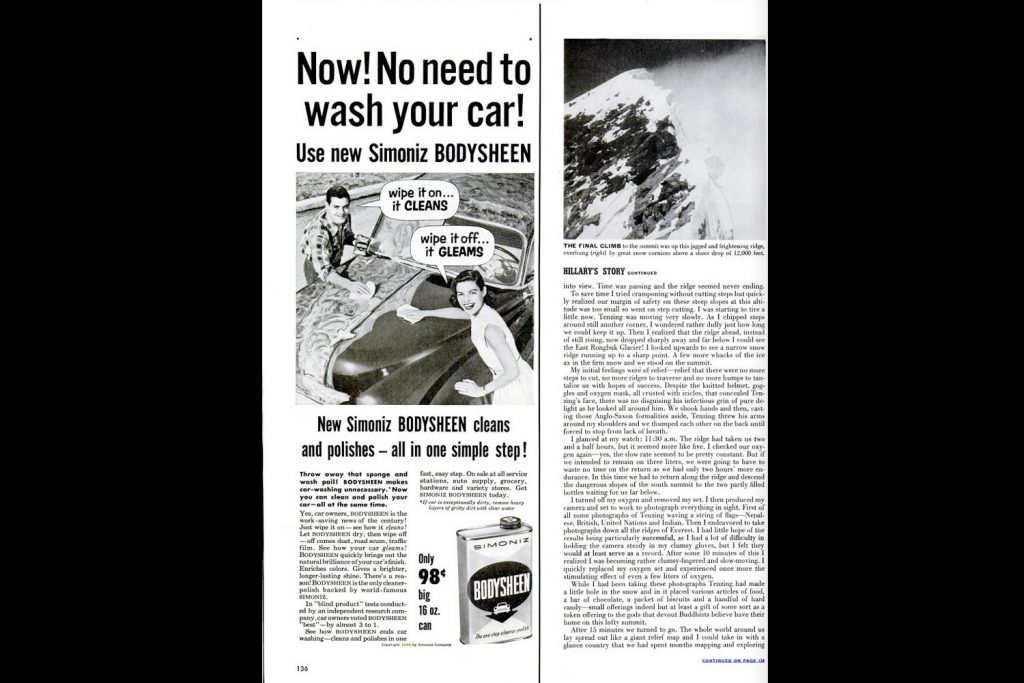 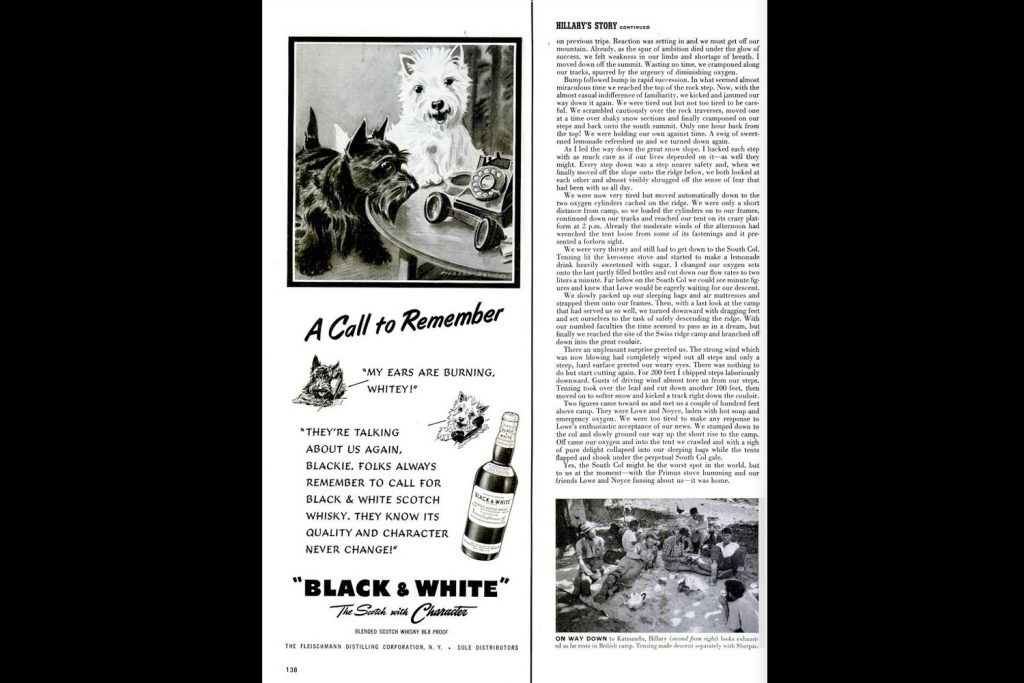 The Story of the First Sherpa to Climb to the Top of Mt. Everest

Tenzing Norkay has been on more Everest expeditions than any other man, and he probably “deserved,” if anyone did,...

By conquering Everest, the beekeeper and the Sherpa affirmed the power of humble determination–and won one for underdogs everywhere...

Tiger of the Snows: Tenzing Norgay: The Boy Whose Dream Was Everest Growing up at the foot of Mount...

Seven times I have tried, I have come back and tried again, not with pride and force, not as a soldier to an enemy, but with love, as a...
You cannot be a good mountaineer, however great your ability unless you are cheerful and have the spirit of comradeship”
What I can teach is not from books, to be sure, but from what I have learned in living my own life: for many men, many lands, many mountains...
Friends are as important as achievement.  Another is that teamwork is the one key to success and that selfishness only makes a man small”
No man, on a mountain or elsewhere, gets more out of anything than he puts into it”
I need to go, the pull of Everest was stronger for me than any force on Earth”
Be Great, Make Others Great”
To travel, to experience and learn: that is to live”